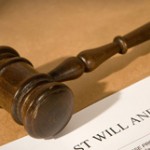 Widow Leaves fortune to Conservatives In Will

A Birmingham widow left a whopping £769,000 to the Tories in her will when she died last year leaving nothing to the "Labour supporting family" who believe she did it out of spite!

When Violet Baker died last April, her in-laws were horrified to discover that the fortune she had largely amassed when husband Raymond died in 2009 had been left entirely to the Conservative Party.

88 year old Elsie Baker, the sister-in-law of the deceased was furious to learn of the donation and branded Mrs Baker as 'wicked'.

Claiming their family were staunch Labour supporters in an interview with the Daily Mail, Elsie tells "My poor brother would be spinning in his grave if he knew Violet had given his hard-earned cash to the Tories".

Claiming she didn't even know her brother had died until Mrs Baker sent her a short letter on the day of Raymond's funeral.  Mrs Baker had reportedly cut herself off from the family since the 1980's and had never shown an interest in politics.

Mrs Baker inherited £500,000 of investments in stocks, shares and bonds when Labour supporting husband Raymond died.  He had been a careful investor who had amassed a small fortune on the stock exchange following service in World War II as a sergeant in the Gurkhas.

Despite the family's protestations, Mrs Baker's lawyer is adamant she was 'fully compos mentis' when she made her will.  Solicitor Michael Woolridge said the will specified she wanted to leave her 'entire estate' aside from just £2,000 to the Conservative Party.

The beneficiary of the £2,000 legacy is Mrs Baker's neighbour Malcolm Baker who is no relative and was equally shocked about the size of the estate.  The 64 year old neighbour cared for Violet for three and a half years before her death.

If you would like to speak to a solicitor about making a will or have a question regarding the above please call our Birmingham team on 0121 355 4700 or email info@activelegal.co.uk today.