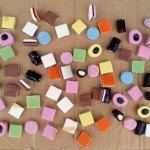 A terminally ill pensioner blames her cancer on making Liquorice Allsorts at Bassett's factories during the 1950s and 1960s.

Last year Patricia Sykes, 80, was diagnosed with mesothelioma, an incurable form of cancer caused by exposure to asbestos.

She said she believes she contracted the disease following years of working at sweet factories, and has instructed lawyers to take legal action against Bassett's.

During her working life Patricia made the liquorice and paste for Liquorice Allsorts. She would pour the paste into large heated vats which she claims were lagged with asbestos.

"Mesothelioma is an incurable and debilitating disease and its symptoms can only be treated temporarily. The effects of working with asbestos often do not occur until decades later."

If you believe your health has suffered because of exposure to asbestos at work, call our industrial disease solicitors today. Speak to our Birmingham team on 0121 355 4700.