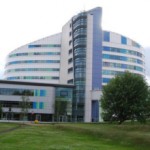 Woman Cut From Car and Sedated in Serious Car Accident

A woman was cut free from her car, sedated and taken to Birmingham's Queen Elizabeth Hospital after a serious accident between two motor vehicles in the Northfield area last Sunday (8th March).


The incident, which took place at the junction of Shenley Lane, Long Nuke Road and Gregory Avenue, happened at 6:30pm.


Paramedics arriving at the scene were concerned for the woman, who lay unconscious after sustaining head and pelvic injuries as a result of serious damage taken to the driver's side of the car. The fire service were called to cut her free whilst she was being sedated by the trauma doctor, after which she was immobilised with a neck collar, spinal board and pelvic splint and taken to the specialist trauma unit for emergency treatment.


"When ambulance staff arrived they found two cars which had been involved in a significant collision.


"Whilst ambulance staff and the medic assessed the woman's serious condition and began treatment, the fire service worked around them to extricate her from the wreckage. She had sustained a suspected pelvic injury and head injury."


A man and a twelve-year-old boy, both passengers from the same car, were taken to hospital after being assessed by ambulance staff and immobilised with neck collars and spinal boards. The driver from the second car was discharged after his assessment and did not require further treatment.


If you've been involved in an accident that wasn't your fault, contact our personal injury solicitors on 0121 355 4700 for advice.