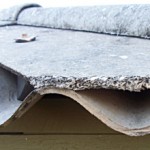 A Southampton woman who contracted sepsis after being taken ill with peritoneal mesothelioma has died. Maureen Darke, a 78-year-old retired nurse, died on 16th January 2015 at Southampton General Hospital.


Maureen was diagnosed with peritoneal mesothelioma, a rare form of cancer, in July 2014 after washing her husband's asbestos-ridden clothing for over 20 years when he worked as a purser for Sealink British Ferries in Portsmouth and Weymouth Docks. In a statement, Mr Darke said:


"The ships were an extremely dusty environment in which to work with no ventilation."


"Because she was very weak, because of the cancer, she didn't have the reserve to fight the severe infection like that."


If you are suffering from an industrial disease, contact our personal injury solicitors on 0121 355 4700 for advice.