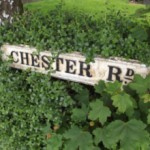 
The incident, which took place on Chester Road in Erdington, involved two cars, one of which was overturned in the crash. Nearby pedestrians rushed to the aid of the woman in the overturned car, who suffered a head injury and cuts to her arms from broken glass.


Paramedics at the scene treating the women said both were very fortunate not to have received more serious injuries following the crash.


"The white car was upside down, but passers-by had helped the driver out of the vehicle. The woman, who was estimated to be in her 40s, had a head injury and abrasions to her arms from the broken glass. She was assessed at the scene before being taken to Good Hope Hospital.


"The woman in the grey car, who was a similar age, had a head injury after hitting her head on the windscreen. She also had superficial burns to her arms from the airbags deploying. She was immobilised using a neck collar and spinal board, before being taken to the same hospital."


If you've been injured and want to make a compensation claim, contact our accident solicitors on 0121 355 4700 for advice.