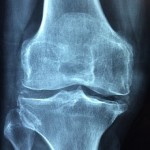 Manchester Mum Lost Her Leg after Operation She Didn't Need

A mum-of-three lost her leg after an operation she didn't need caused problems which meant that she couldn't be treated effectively for a cancerous tumour.

The woman, who lives in Hulme and does not wish to be named, broke her leg and fractured her femur when she was walking along a pavement in January last year.

She had been suffering with knee problems for weeks beforehand, and was referred to Manchester Royal Infirmary for tests.

But her test results were misinterpreted, and instead of being diagnosed with osteosarcoma, she had a metal rod driven into the bone cavity to treat the fracture. During the operation, a bone sample was taken which later revealed a cancerous tumour, but it took two further admissions to hospital for doctors to confirm the diagnosis.

By this point it was too late for any other forms of treatment against the cancer, and an above-knee amputation was carried out.

Lawyer Mark Havenhand, who is representing the woman, said:

"Sadly, in this case, the NHS' own investigation suggests that the staff who treated the woman at the NHS Trust in question failed to carry out the correct tests, meaning her cancer was not diagnosed as early as it could have been.

"Now, we have a woman who is not only coming to terms with undergoing an above-knee amputation, but also a cancer diagnosis which has been devastating for her."

If your health has suffered as a result of medical negligence, you may be entitled to compensation. Speak to our claims team in complete confidence on 0845 603 0708 to discuss your circumstances.

From our offices in Droylsden, Manchester our friendly and experienced solicitors are able to assist with the following;

If you'd like a confidential chat please don't hesitate to get in touch.