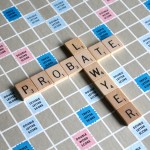 A sharp hike in probate fees on bigger estates has been resurrected by the government after plans were dropped ahead of the 2017 general election.
Replacing the current flat rates is a sliding scale based on the value of the Estate. The wealthiest Estates are set to pay 70% less than originally planned after the outcry surrounding last years suggestions that this was simply another "stealth tax".
Probate fees are currently set at £215 for individuals and £155 for those using a solicitor. Estates valued at under £5,000 are exempt.
Lucy Frazer, the justice minister wrote, under a new banded structure the maximum fee will be £6,000, payable on estates worth more than £2m. This is a 70% reduction on the £20,000 cap planned for last year.
The government will increase the value threshold from £5,000 to £50,000, lifting an estimated 25,000 estates annually out of fees altogether. Approximately 80% of applicants will pay £750 or less, says Frazer.
Laying the revised legislation before Parliament, the Minister stressed that the money raised from the new fees will be spent on running both the courts and tribunals. The figures are expected to be £145m a year from 2019/20 and £185m in 2022/23. The proposals drafted last year are anticipated to raise £250m per year.
Lucy Frazer added: 'We have listened closely to concerns around early proposals. Fees will never be more than 0.5% of the estate's value, and are recoverable from the estate. Fees will be set at a level to ensure that they will only be paid by those who can afford them, with all income going directly to our courts and tribunals – ensuring justice is done, and protecting victims and vulnerable people.'
The statement adds: 'Fees are an essential element of funding an effective, modern courts and tribunals service, thereby ensuring and protecting access to justice. This includes introducing changes to our Probate Service, who offer an important service to those who are bereaved.'
Lakshmi Turner, Solicitors for the Elderly, Chief Executive, said the 'stealth tax', although lower than before, is still unjustifiable as the process will not require additional work.
'It's extremely unclear how the executors will pay the probate fees and there remains a lot of unanswered questions around how the money will recovered from the estate, as assets are frozen until the executors receive the grant of probate,' she said.
As a further comment Turner added: 'There will be older and vulnerable people with estates or properties that have grown in value over their lifetime, so it seems an unfair system. Not every probate application is simple, so we would highly recommend that people seek specialist legal help at this distressing time.'
In order to clarify matters the MoJ said it will publish a guidance document, before the Statutory Instrument comes into force.
If you require confidential, legal advice on a similar matter contact one of our specialist probate solicitors on 01942 366 388