01159 419141
mail@thejohnsonpartnership.co.uk
Menu Email Phone
Drug addict offenders ‘should not be put in prison’ 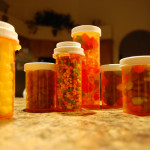 Drug addict offenders ‘should not be put in prison’

A government review has recommended that drug addicts who turn to petty crime such as shoplifting should be spared prison.
Dame Carol Black said the Government should use alternatives to prison such as community sentences with treatment orders which can help minor offenders guilty of low-level crimes - such as thefts or criminal damage. She also and warns that too many drug users are "cycling in and out" of prison without being rehabilitated or their abuse being treated effectively.
Commissioned by Sajid Javid when he was home secretary, Dame Carol's review revealed the drugs market is driving most of the nation's crimes with half of all homicides, and half of acquisitive crimes, linked to drugs.
However, Dame Carol said: "Rarely is prison a restorative experience. Our prisons are overcrowded, with limited meaningful activity, drugs easily available, and insufficient treatment. "Discharge brings little hope of an alternative way of life. Diversions from prison, and meaningful aftercare, have both been severely diminished and this trend must be reversed to break the costly cycle of addiction and offending." Her review estimated there were around 300,000 opiate or crack users in England, and around one million per year using cocaine. It also determined the illicit drugs market in the UK is worth £9.4 billion a year - but costs society more than double that figure. If health considerations, the cost of crime and societal impacts are combined, the total cost of illegal drugs is £19 billion annually.
The Ministry of Justice's White Paper committed to greater use of "diversion" schemes - where an offender agrees to undergo treatment and community service in return for avoiding jail but can be sent to prison if they breach the order. But Dame Carol said that it needed to be put into action now, alongside a to boost treatment services requiring some £550 million extra funding for drug treatment within the next five years. She also recommended that all prisoners on release should have ID, a bank account and the ability to claim benefits, while those with drug problems should also get support in the community so they continued with their treatment. She recommended that, because it required long-term follow-up, drug addiction should be treated as a chronic health condition like diabetes, hypertension or rheumatoid arthritis.
The Government said it would be setting up a new drugs unit to help end illegal drug-related illness and deaths and that it would consider her recommendations before presenting its response on "what urgent action can be taken. People with serious drug addiction occupy one in three prison places.
The Johnson Partnership
Barnsley Crime Solicitors