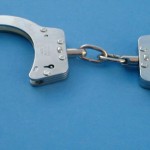 The investigating Police Officer may wish to carry out a recorded interview and question the suspects involvement in the offence.

The intent being that any recordings can be viewed as impartial and an accurate record of the interview.

Can any person be interviewed ?

Generally, not if you appear unable to appreciate the significance of the questions you're being asked.

Or if drink, drugs or an illness prevent you answering in a lucid manner.

Can you be interviewed before receiving legal advice ?

When a person has been arrested and is being held at the Police Station they have the right to receive free and independent legal advice.

You can be interviewed without legal representation but if you subsequently decide you want a solicitor present the interview should be stopped.

There are exceptions to this, however, and they hinge around the Police's perspective and your ability to get legal representation.

Our suggestion would be to get a lawyer onboard as soon as possible.

The officers must not try to gain statements from you by using "oppressive" techniques. Such an example might be to raise their voice & shout.

At the same time breaks and rest periods should be allowed during the interview.

Simple as this sounds... call a solicitor... call us.