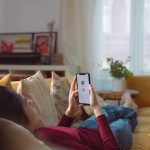 
Snaresbrook Crown Court heard how Bancroft would move the conversations to WhatsApp, sending up to 100 messages a day to the victims. He would arrange to meet the victims in return for food, money, and gifts. They were expected to succumb to his sexual demands which involved group sex and sadomasochistic acts. These occurred in hotels, in his car and at his home.
John would send explicit photos of himself and persuaded the victims to do the same in return, on apps like Facebook Messenger.


Bancroft was found guilty on Monday 13th December of four counts of rape, meeting a child, sexual grooming, paying for the sexual services of a child, inciting sexual exploitation of a child, and attempting sexual communication with a child. This comes after one of the victims' sisters grew suspicious of the stranger she was speaking to online and reported it to the police.


Detective Supt Andy Furphy, the MET's lead officer for exploitation, said "Bancroft and Manicom pose serious risk to vulnerable women and girls, and I am glad they are behind bars." "He is a sick and twisted man, just like his brother. The pair caused immeasurable harm to the victims, and they preyed on their vulnerabilities in a sister and calculating manner."


Bancroft's 25 year extended sentence was due to the court's assessment that he poses a significant risk of serious harm to the public.


His brother Graham Manicom was jailed for four years.