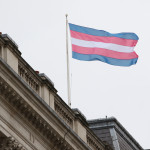 
The National Police Chiefs' Council presented new guidelines stating that once an officer has transitioned, they can "search persons of the same gender as their own lived gender". However, the guidance also says that if the detainee refuses to be searched that that, "is based on discriminatory views" and then the police should record a non-crime hate incident.


Cathy Larkman, a retired superintendent from South Wales who was in the force for over 30 years, revealed the guidance. She said: "The more I read it, the more shocked I was. This is a devastating blow to women's trust in the police. Women are not even an afterthought in this guidance – they are completely non-existent."


The superintendent added: "They claim they are trying to be inclusive, but this isn't inclusive of women, and it doesn't respect their sex. It tells you everything you need to know about what chief officers are thinking and where their priorities lie. Sadly, it is not with women."


A National Police Chiefs' Council said: "All searches are dealt with on a case-by-case basis after consideration by a custody sergeant based on the response of the detainee."


Ms Larkman commented "The NPCC like to talk about reducing violence among women and girls but this just makes you think they are hollow words. There is no concern for women here, whatsoever".