01159 419141
mail@thejohnsonpartnership.co.uk
Menu Email Phone
Trans women on boards will not be automatically counted as female 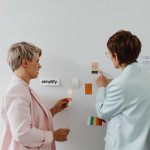 Trans women on boards will not be automatically counted as female

Following business backlash, the financial watchdog has ruled that trans women should not be automatically counted as female.

After complaints, the Financial Conduct Authority (FCA) has dropped proposals to force companies to include men who self-identify as women, in diversity targets for boards and senior management positions. Instead, the regulator does not specify if data should be recorded by sex or gender, saying it gives listed companies the, "flexibility" to decide for themselves. The move was welcomed by campaigners, who said it was not for the FCA to, "redefine what 'man' and 'woman' mean".

The move occurred after the watchdog set out new requirements for UK-listed companies to ensure 40 per cent of a company's board of directors, and a minimum of one senior board member, are women. Originally, the FCA proposed to specify that those quotas included, "those self-identifying as women" but has dropped the phrase following a consultation responded to by City firms, lobby groups and individuals.

Of the 540 responses, 439 addressed this point specifically, and all but one respondent said they did not want trans women to be automatically included in targets and data disclosures. Concerns were raised that this approach would not be consistent with equalities legislation. Allowing men to "game" the targets system, and not recognising the under-representation of women facing both sex and structural discrimination.

Respondents also said, "targets based on self-identified gender could lead to more men by sex on boards, to the extent that they identify as women". The FCA decided not to prescribe "specific terminology" and so allow companies to report based on sex or gender identity.

An executive director of women's rights campaign group Sex Matters, Maya Forstater, said: "It is not for the financial regulator to redefine what 'man' and 'woman' mean."  It comes as the Equality and Human Rights Commission (EHRC) urged campaign groups to "start afresh" after a period of "slow-burn toxicity" around transgender rights. EHRC chairman, Baroness Kishwer Falkner, told MPs it is "deeply unfortunate" that Stonewall and other LGBT+ groups had asked the UN to review its accreditation.

Most City firms have targets to boost ethnic and gender diversity, however, the proposals mean most major companies will have to add more women to boards. Currently 34 per cent of board members at FTSE, 350 companies are women.Head of markets at the FCA, Sarah Pritchard, said enhancing transparency, "will help hold companies to account and drive further progress". The new rules apply from this financial year, so the new disclosures will start to appear in annual financial reports published from mid-2023.