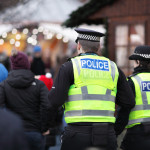 Victims could be awarded compensation for Police failings

Plans to create a powerful watchdog to hold the criminal justice system to account could see the police taken to court and having to pay compensation.
A report, commissioned by the victims' commissioner, recommended she should have powers to bring legal action for breaches of the Government's new victims' code. Writing for a national broadsheet, Dame Vera Baird said thousands of victims were being let down by the failure of police and courts to fulfil obligations under the code.
She cited research showing 90 per cent of victims were not referred to support services, 50 per cent were not kept informed on the progress of their case, and 85 per cent could not recall being asked for a victim's statement. Under the new proposals she would be able to enforce the code with the threat of legal action if the police or other law enforcement agencies failed to comply.
Dame Vera said such breaches of the code left victims feeling "unhappy" and could leave them feeling "worse after their involvement with the criminal justice system than about the crime". Yet she had "no real powers" to investigate and take action against agencies breaching the code, which spells out 12 key rights, or even to require the 28 criminal justice organisations for which she is legally responsible to provide her with information.
She commented that, "If my office conducts a review and finds failings in compliance, I have no power to require a response, an explanation or a proposal for change from the agencies involved. I have few – if any – tools at my disposal in which to fulfil my statutory obligations. So, I can't guarantee to be able to do what the statute asks of me, which means victims cannot be satisfied that anyone is ensuring the new victims' code will make a difference for them."
The report by criminology professor Pamela Cox, law professor Maurice Sunkin, and law lecturer Ruth Lamont, recommended that the commissioner should have the power to require action if criminal justice bodies were found not to be complying with the victims' code.
The commissioner would also have a "last resort" power to bring legal action on behalf of a group of victims or to test the law "in the public interest". If the courts found in favour of the commissioner, victims could be entitled to compensation.
The report said, "Currently, the commissioner has no legal power to ensure that [victims'] rights are protected and that duties are performed. Since no other body has this power, this leaves an important enforcement gap. Comment was made that, "If victims' rights are important, why is it that they cannot be enforced? If agencies have duties, why is it that they cannot be compelled to perform these duties? If rights cannot be enforced, how can victims be confident that their rights really do matter?"
The Ministry of Justice has pledged to introduce a victims' law to give statutory backing to the code.