01159 419141
mail@thejohnsonpartnership.co.uk
Menu Email Phone
Wrongfully convicted ‘thrown into the world without a penny’ 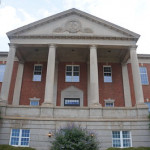 Wrongfully convicted ‘thrown into the world without a penny’

After no compensation was paid out last year, victims of miscarriages of justice are "being thrown out into the world with absolutely nothing"
The decline in payouts started after the Criminal Justice Act was amended in 2014 so that money is only paid if it is shown, beyond reasonable doubt, that the person did not commit the offence. In 2013/14, 45 applications for compensation were received by the Ministry of Justice (MoJ), five of which were granted with a total payout of £3.5 million. However, by 2019/20, the number of compensation applications more than doubled to 98, but only three applications were approved and the total payout dropped to £10,000. 80 applications were made in the 12 months prior to March 2021, all of which were refused and nothing was paid. Lawyers have criticised the steep drop in payouts since 2014 to those "whose lives have been totally shattered by wrongful convictions".
Criminal appeal solicitor Glyn Maddocks QC said the system was "outrageous". "We have gone backwards," he said. "It's disgraceful. We are calling ourselves a civilised society, and yet we don't compensate people for when the state makes mistakes, and that's not fair."
Obtained by The Justice Gap magazine, the figures come months after 45 postmasters caught up in the Post Office scandal had their convictions overturned. The Government has announced that compensation of up to £233 million has been set aside for victims, but wrongfully convicted individuals are receiving nothing.
Charlotte Threipland, from the legal charity Appeal, said: "It seems hypocritical that the Government is saying, 'oh yes this was really terrible in the Post Office cases, of course they must be compensated' but what about all of the hundreds of people who are having their convictions overturned who don't have the force of a campaign behind them?." Ms Threipland added: "Having your conviction overturned is no longer enough to prove your innocence. This essentially creates a tiered system of innocence. Some exonerees are categorised as being more innocent than others, which is ridiculous … People are being just thrown out into the world with absolutely nothing."
A spokesman for the MoJ said: "Compensation is payable in the small number of cases where new evidence shows beyond reasonable doubt somebody did not commit an offence, and each case is decided on its own merits."
The Johnson Partnership
Barnsley Crime Solicitors